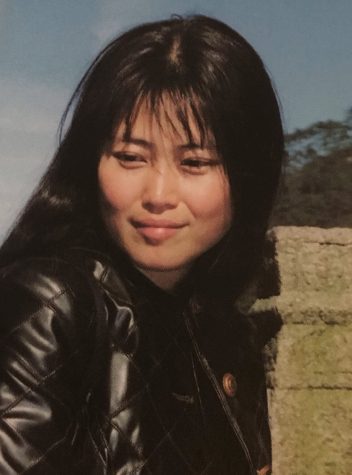 Chun Yu, Ph.D. 俞淳博士 was born in China and grew up there. After graduating from Peking University 北京大学 with a B.S. and a M.S. in chemistry, she came to the United States to pursue her career in science. She graduated with a Ph.D. in biomaterials from Rutgers University. She was a postdoctoral fellow at Harvard-MIT Program in Health Science and Technology (HST), where she began writing poetry and stories.

Chun Yu’s first book LITTLE GREEN: Growing Up During the Chinese Cultural Revolution (Simon & Schuster), a memoir in free verse, has won multiple national awards. Chun Yu contributed to the award-winning anthology Veterans of War, Veterans of Peace, edited by Maxine Hong Kingston (Koa Books). Her bilingual poem The Map 地圖 is published by Arion Press as its spring broadside, dedicated to the 2021 graduating class, their families and teachers around the country. Her graphic novel on Chinese history is to be published by First Second Books (Macmillan). Her work is taught in world history and culture classes in the U.S and internationally.

Chun Yu has won a San Francisco Arts Commission Cultural Equity Grant for her poetry in English and Chinese, which merges science, art, and spirituality based on her experience as an immigrant from an old culture in revolution to a new world with transforming science and technologies. Her poetry and essays have been published or are forthcoming in Boston Herald, Orion, Poetry Northwest, Arion Press, MIT Tech Talk, Xinhua Daily 新华日报, Poem of the Day (San Francisco Public Library), Konch, Heyday Books, and more.

Chun Yu is an honoree of YBCA 100 award (2020) for creative changemakers and community leaders. She has won a Zellerbach grant for Two Languages/One Community, a project that brings Chinese American and African American communities together in poetry writing and storytelling; a San Francisco Arts Commission Individual Artist Grant for Tales of the Yellow Family, a graphic novel on Chinese American immigration history and stories; a Sankofa Fund for Cultural Heritage Grant through Alliance for California Traditional Arts (CATA) for Paper Son Soldiers, a multi-media project about Chinese American soldiers who came to the U.S. as paper sons through the Angel Island and fought in WWII as American soldiers.

Chun Yu has been invited to speak around the country and the world, including at the Pacific Asia Museum, MIT, Yale University, China Institute, Yahoo, Stanford University, Asian Art Museum, Chinese Culture Center of San Francisco, New York, San Francisco, and Boston Public Libraries, and many other cultural and educational institutes.